I’ve never been one of those folks who sit down on Dec. 31 and make all kinds of “promises” about changes I planned to make in the coming New Year.  So why the title?  Wellll…I can explain

As some of you may know, I have a store, Susan Mescall, where I sell lesson ready products.    While I personally may not be making any changes, I have started looking at my store products and noticing that one of my earlier products needed a makeover…in other words…A CHANGE!

I’m a fifth grade teacher and my students and I often share what books are being read out of school or during independent reading.  Somehow the subject of adventure books were being discussed and I mentioned Kidnapped.  One of my students wanted to know who the author was and when I replied with Robert Louis Stevenson,  no one in my class had any idea of who he was!  Kidnapped was my first experience with a “classic” adventure book when I was a kid and it bothered me that my students had no idea who he was.

It really concerned me that my students had heard of the book, but had no idea about the author.  I decided to introduce my students to people who had impacted the world around them, but because to time, had been “forgotten”.

I began to search for people and their words of wisdom.  I have included such well-known people as Oprah Winfrey, and Mohammed Ali.  I have also included lesser known people as Jaime Escalante and Marva Collins.

Imagine my dismay, when I took another look at my early product and discovered errors in grammar and the fact I no longer liked the look of my product.  So I have spent time changing, and hopefully you’ll agree, improving my product.

I changed the name to “Journal Responses for Students”.  I have taken out the clip art and made the pages and font larger.  I have also enlarged the author’s picture and updated information.

So I guess you can say that Change is in the air today!!!

Let me know of any other folks you think today’s students should know about! 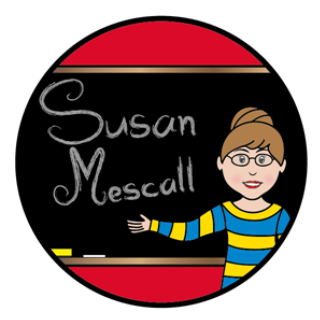 classroom resources elementary lessons teacher resources Teachers teaching ideas
#mc_embed_signup{background:#fff; clear:left; font:14px Helvetica,Arial,sans-serif; width:600px;} /* Add your own Mailchimp form style overrides in your site stylesheet or in this style block. We recommend moving this block and the preceding CSS link to the HEAD of your HTML file. */